The History of Jinpachi Apples

I want to make easy money! Is there such a convenient story in today’s world?

Facing life and business, you have to move forward. Your dream is right in front of you and happiness will follow.

This is the story of my turbulent “apple life”. 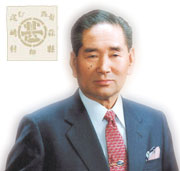 I have always strived to do
my work with “conviction”.

Kasai Jinpachi was born in Shinya, Hiraka Town (currently Hirakawa City), in 1917. His parents were given a farm from the head family, built a new house, and bought a bicycle. He was a good student and always got the highest grades. He was also strong, and during festivals, he would do sumo on the eve of the festival vigils.

When he was in the fourth grade of elementary school, two years after their house was built, his house was destroyed by a fire. However, thanks to the villagers, they could make a new home using fresh chestnut trees cut from the mountain. However, the result was more of a hut than a house. As a result, his father became very depressed and desperate and started going to the gambling parlor every night. He sold the field that he inherited from his family to pay off the burnt house and gambling debt, but in the end, it was not enough to cover the debt.

It was very painful for his mother, and she seemed to be crying at times. His mother was a very dexterous person and was good at needlework. Many young girls from the village came to learn how to do hair, and his mother always went out to help the girls who were going to get married because she was the only one in the village who could do hair. His mother began to work as a broker at the “Mushiro” brokerage and worked hard every day to support her family.

Going to work at the age of 14

No matter how hard I tried, I could not get out of debt. In May of 1927, when I was 14 years old and had just graduated from elementary school, my father took me to work as a migrant worker. Our destination was the crab fishing grounds on the Kamchatka Peninsula, a week’s journey from Hakodate on a ship called a crab boat.

Our job was to boil the caught crabs in the factory below the ship and pack them in cans. I was the only child, mixed in with adults over 20 years old. The work lasted from 2:00 in the morning until 11:00 at night, and we could not sleep due to the continuous heavy fishing. There were no labor standards in those days, and sleep was limited to two to three hours. Rice and pickled vegetables three times a day were our only meals. Even if we caught fish, we never ate it. A section leader with a stick was always on patrol, and if I fell asleep even a little, my head was hit, and my backbones were bent due to hard work, lack of sleep, and nutrition.

In addition to working on the crab ship, I also worked as a construction worker in Iwate and Akita and on a whaling ship. Even though we never went home and continued to work, we remained poor.

Independence as a merchant

I thought that my parents’ debts would never disappear no matter how much I worked as a migrant worker. At that time, there was a large apple wholesaler in Hiraga, and when I saw them building white storehouses one after another, I decided to become a merchant when I was 16 years old. First, I bought a bicycle for 30 yen and walked around selling various items. I stopped working as a migrant worker at the age of 21. I started an apple brokerage business at 23, moving to Osaka and the Kansai region and exporting to Taiwan, Singapore, and other Southeast Asian countries through a trading company in Kobe. In this period of three years, I finally paid off my parents’ debt. An acquaintance told me that the name “Jinpachi” is rare! He advised me that it was a very good name and that he had never heard of it anywhere else, so I changed my business name to “Marujin” and started selling apples as “Jinpachi Apples. In Southeast Asia, apples were a valuable commodity, a fruit that was becoming famous. Thanks to improvements in technology, Japanese apples have been recognized as a luxury product in both sweetness and size. We always shipped good apples and were able to spread the name “Margin Sun Apple (Jinpachi apple)” instead of “Aomori” when it came to apples. The “Sekai Ichi” is particularly popular, with Sun Fuji, Kinsei, and Orin presently gaining popularity.

At the age of 30, I became an independent wholesaler. As the number of apples shipped increased, so did the number of employees, reaching as many as 200.

In those days, there were no work gloves, so packing apples in boxes during the cold season was quite difficult. As I saw this, I started to want to take my employees to the hot springs after work. I also wanted to give back to our neighbors who have been so kind to us. The feeling only grew stronger every day.

“It’ll definitely come out!” I was determined and started drilling for hot springs. However, shortly after that, my son-in-law was killed in a car accident while transporting apples, and my second son was unconscious and in critical condition. There was nothing I could do about the heartache and grief.

Every day, I stood at the drilling site and worried about what would happen if there was no hot water. My wife said to me, “If you continue to be sad, you’ll be doing your son-in-law a disservice.” Eventually, my second son miraculously recovered, and when he regained his senses, the water started to spray. However, no matter how many minutes or hours I waited, all I got was water. I couldn’t give up, so I went to the site through the night. The cold water gradually became warmer, and by dawn, the water was 51 degrees hot. “We’ve got hot water!” I was so happy that I ran to my family.

I decided to open “Minamita Onsen Hotel Apple Land” to express our gratitude to those who have taken care of us and more. 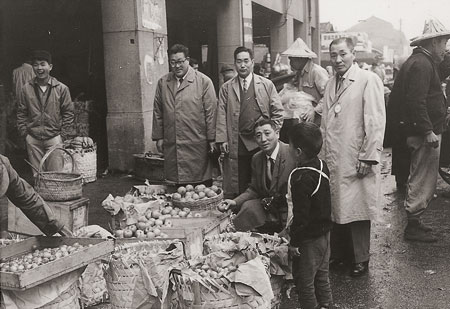 I want to do something that other people don't do.

It’s been a turbulent 90 years, as we’ve gone from the small town of Hiraga to the world with our apples. It was not all good, but I always believed in the principles of “courage, determination, and compassion,” and continued to provide social services to the community even when I had no money. Any business is difficult, and dealing with live people instead of apples is even harder. However, we must not forget the challenges of the job. If you use the money well and to your advantage, the work (and people) will follow.

We asked the founder, Jinpachi Kasai, about the secret of his vitality before his death. He said, “I don’t drink or smoke, and I eat a lot of hot vegetables and an apple every morning, which I started doing recently. It seemed really good for his health. He also did things like dance and sing songs. He would like to talk more with young people and would like them to come and learn from him. Staying active forever may be the source of youth. 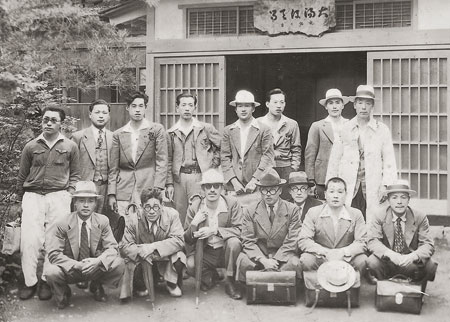